By Chasity Beatty - November 21, 2019
A couple weeks ago, as I was listening to my Precision Nutrition Coaching, I heard this motivational anecdote--


Remember, there's no such thing as failure, only feedback.

Something clicked in my brain. I've spent a good amount of time as an educator reading about growth mindset, and I've tried to be intentional about how I approach mistakes with students. I've used resources, like Khan Academy Learn Storm, to guide students through the neuroscience and set a tone for my classroom. And this one sentence made me question everything. So I did what I tend to do with questions--I asked them out loud.


The inspiring people of my educational Twitterverse did not disappoint. I was reminded of why I love Twitter. It's a space where I can have a question, share it, and gather perspectives asynchronously as I process through my own thoughts. As I was processing, and honestly fangirling a bit over George Couros actually engaging in this conversation, I was encouraged to write my own response. I've spent several years wanting to blog, trying to blog, forgetting to blog, and repeating that cycle. So here I am in this new iteration. Let's see where it takes us.

What is failure?
When I looked up the definition of failure, it said the lack of success. So naturally, I'm wondering what success is. Success can be defined as the accomplishment of an aim or purpose. Ok, I can work with that. There may be a lot of definitions of failure or success depending on who you ask. I don't think I had a personal definition of either until just now.

Failure - the lack of accomplishment of a task or goal

Success - the accomplishment of a task or a goal

When I look at those definitions, neither seems to carry much weight. By that I mean, I don't know that I'd have any strong emotional reactions to being told I had committed a failure or success. Stop. That's not true. I'm a type-A, firstborn, enneagram one. If I do not accomplish a goal, this is an issue for me personally. By issue, I mean I am going to keep at it or change my goal. Is one of those responses better than the other?

Is failure final?
I'm not convinced it is. If you would have asked me on November 9th if I agreed with the above statement, I would have said yes. I've changed my mind. The twitter feed and subsequent blog post brought this idea into my sphere of awareness. It pairs well with a universal belief I've developed over this last year--context matters. Context is at least 50% of the conversation, if not more.


However, humans are rarely that cut and dry. I've got goals. Lots of them. One of my goals is to earn a doctoral degree. I'd also really like to be an instructor in the college of education at a local university. I have not taken many steps towards either of those goals. I'm not quite trying. I'm definitely not accomplishing these things. Is that a failure? I don't think so. Life has seasons, and this is not the season for me to pursue those particular goals. I'm currently an instructional coach and I'd like to increase my teacher relationships in my district. I'd like to help shift the culture from "I can figure this out on my own," to "Who am I going to ask for help with this?" These fit my current season. Setting down one dream as I pursue another is not a failure.

What is the relationship students learners have with failure?
I notice an absent voice from this conversation between myself, my colleagues, and my PLN on Twitter. Students. Learners. It appears our lens is mostly that of "people who help others work through making mistakes" and not "people who make mistakes and also help others work through making mistakes." Sometimes it's hard to talk about students and also ourselves at the same time. I suppose the voice I'm actually looking for is not that of a student or a teacher, a learner or non-learner. It's the voice of youth.

I'm curious as to what a young child (elementary) might say if asked to define failure and if they've ever failed. I'd love to compare that to a middle and high school child's response. I'm curious how the young learner responses would differ from the adult learner. Where did this conversation of failure come from? Did it come from the kids in our care? Or are we projecting some of our own learning baggage onto their process? Are we oversharing the word "failure"? I don't have the answers to these questions, they are just part of the non-stop stream in my head that asks if I've considered all the angles. As with most rabbit holes I enter, I encounter more questions than answers.

By the way, so is success. Our experiences are full of large and small failures and successes. Each one giving us information about what works and what doesn't. And if you were to ask Thomas Edison, he'd say both are really important pieces of information. But is that enough? Do we stop there? We've found out something works or doesn't. El fin? Sayonara? No.

The follow up to the information is more important than the finding of the information. If we stop at the moment we discover what works or doesn't, the moment we accomplish a goal or don't, then our learning ceases. We stop growing. Regardless of whether we get to failure or success, we keep moving. Either with the same goal and the power of new information or perspective or with the next goal. Learning doesn't end. There is no expiration date. That arrow means: Onward.

Popular posts from this blog 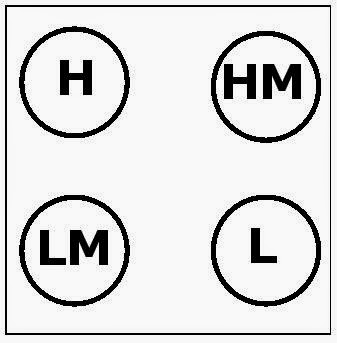 I'm all for small group instruction. Narrowing down that student-teacher ratio from 22 or 26:1 to 4 or 5:1 is ideal for my understanding where my kids are and for directed instruction that the students stay engaged in. A few questions arise when you dip your toe into a workshop model of instruction . Here are a few I had: 1. How do I group my kids? See Below. 2. What do the other kids do while I pull a small group? It depends. Coming soon. 3. How do I manage behavior in a station/center/rotation atmosphere? See #2. 4. What do I do once my kids are in small group? See #2. I can answer Question #1 today. Heterogeneous grouping a la Kagan. I recently attended a Kagan training that our school hosted. You can buy the book online, as I did prior to attending the training, but the training itself is very helpful in understanding the idiosyncrasies of using the cooperative learning strategies. This is NOT a curriculum. Its a great way to access curriculum in a team building, com
Read more

Be Flexible...Beyond the Workshop Model 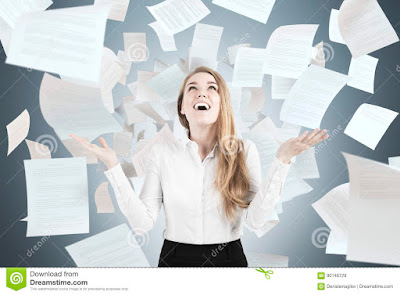 I don't know if I have mentioned the fact that I work with an amazing team of educators. I fancy myself an innovator, but these women push me daily to think deeper, go bigger, and break out of the box. I wouldn't be the educator I am today without them. So many times we sat and discussed how we wish we had more time for this or that (Response To Intervention, Spiral Review, Reflection, etc.) You name it, we wanted to be doing it. Always racing the clock. In most teacher training I have been in, that is the piece that always comes up in the challenges and roadblocks talk. How do I get time on my side? My brilliant fellow teacher, whom I am grateful to call my close friend, suggested we throw the daily schedule out the window...wait, what?! I've been participating in what we called "Flexible Scheduling" for about 3 weeks now. Just as the transition from whole group to a workshop model changed my practice, this has turned my classroom on its head. In the b
Read more

#IMMOOC Dive Under the Iceberg 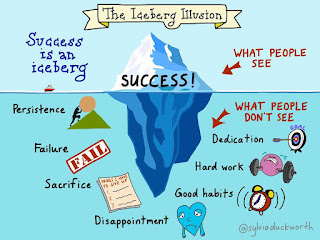 Sylvia Duckworth's visual representation of success is so revealing. It struck a nerve. I have to be visible not only in my success, but in the process along the way. Process over product, or at least with it. But its a two-way system. I need to share my whole iceberg and look at other's when learning from them. Often we look at people doing amazing things and think, "Wow! They make it look so easy !" I don't know about you, but EASY is a 4 letter word in my classroom. I discourage students to use it because it is undermining for some and unrepresentative for others. So why do I use it? Nothing starts easy for anyone.  The challenge is to follow up those thoughts with "How did she/he get there? What did it look like along the way?" We need to ask those questions when we are learning, and give those answers when we are sharing. Its a true representation that will add fuel to the Crowd Accelerated Innovation. When we can learn from each other&
Read more